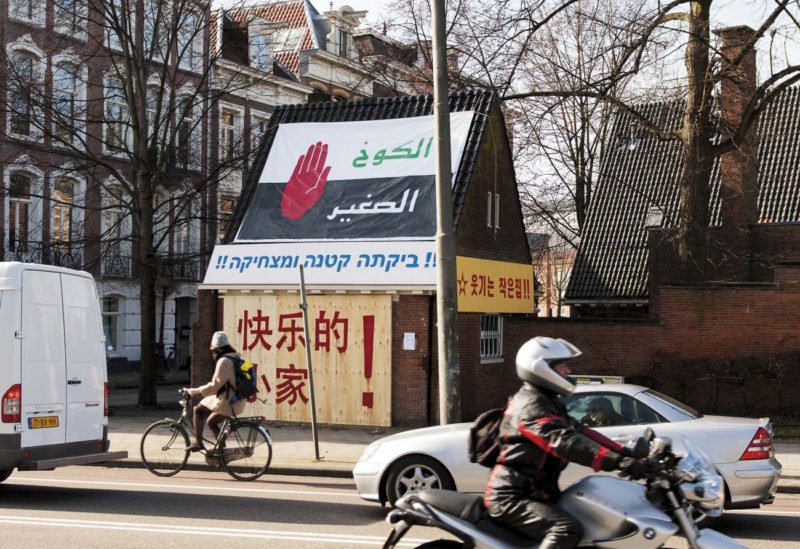 The exhibition space of SKOR is covered with colourful signs with texts, written in different languages (all non-latin alphabet). The signs have a rather aggressive appearance: their aesthetics resemble signs from demonstrations and political actions. For those who cannot read the texts it will remain a mystery what kind of messages are being communicated. But behind the perhaps misleading visuals there is a simple and friendly meaning. On each sign the same sentence is written in a different language: “funny little cottage”.

The work refers to the Western news media that depict a world primarily through means and visuals of conflict. According to the artist, looking through this ‘lens of conflict’ blurs our view to the everyday realities and personal stories behind everything. Certain combinations of colors and alphabets might create a disturbing effect for us, without having a clue of what is really being communicated. 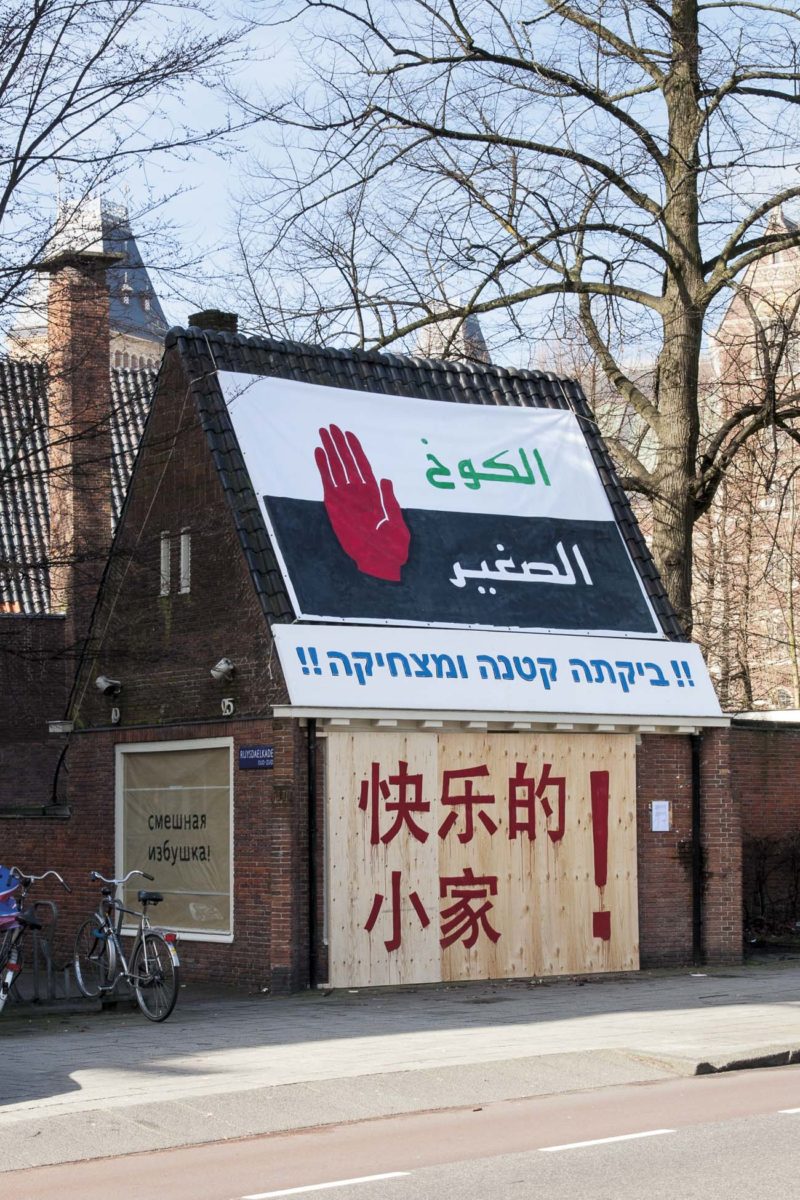