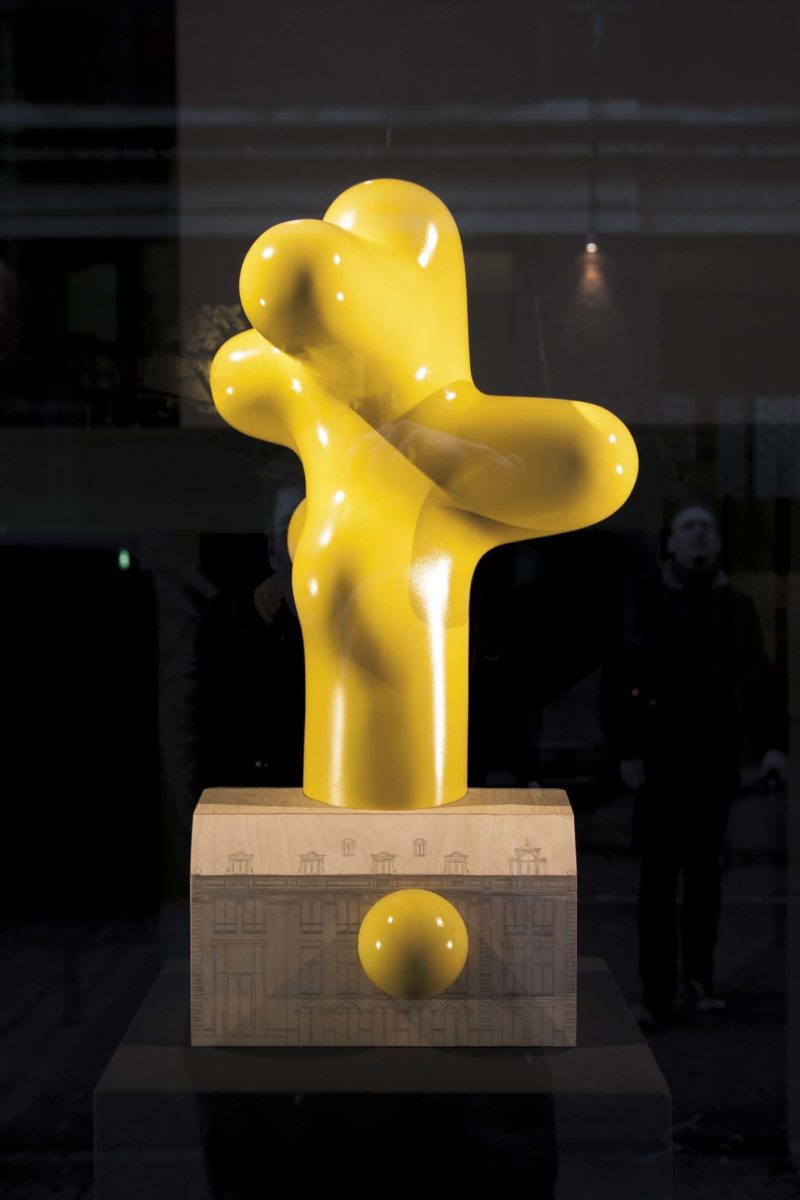 The work consists of a banner of 3x5m hanging on the facade of de Appel building and an architectural scale model that is visible through the front door.

”Karvonen’s project for de Appel is marked with the title “Het Vreemdelingenpaleis”. Making a minimal intervention, Karvonen suggests that a luxury resort centre for ‘vreemdelingen’ (aliens) is opening on the Golden Bend, a prohibitively expensive first-class segment of the central Amsterdam canals. Whether the aliens concerned are sought-after tourists or commercially unattractive immigrants is a matter he leaves unresolved.The alien guest can enjoy the most exclusive services of a kind normally reserved for people with an appropriately high social status and income. Karvonen is interested in the thin, permeable boundary between fictional possibilities and real ones. He explores the twilight zone between impractical, absurd-seeming metropolitan building projects and the almost surrealistic plans that are sometimes actually realized in the urban environment.His conversion of the premises on Nieuwe Spiegelstraat 10 – a former branch of the Jewish-owned Lippmann, Rosenthal & Co. during the war, was later turned into an Institute of Contemporary Arts (ICA) by Jan Mol and became the home base of de Appel in 1983 – seems improbable. Yet it is not absolutely inconceivable in today’s Amsterdam, where juvenile prisons metamorphose into hotels, churches into restaurants, schools into design showrooms and prostitute’s cribs into studios for fashion designers. Karvonen touches playfully on the as yet unclear future function of the Nieuwe Spiegelstraat premises once de Appel has settled at some other location in the city.He also picks up on the current tension between efforts to preserve historic buildings and the erection of spectacular new signature landmarks meant to give Amsterdam the cachet of a Metropolis of the Future. In this respect Karvonen’s “Vreemdelingenpaleis” relates to the rapid transformations that European capitals like Amsterdam are undergoing, in which historic centres turn into theme parks while spectacular new buildings rise in the periphery turning those areas into quasi-futuristic ghost towns – developments in which tourists and expats are eagerly embraced when ‘normal’ immigrant work seekers are increasingly marginalized.” 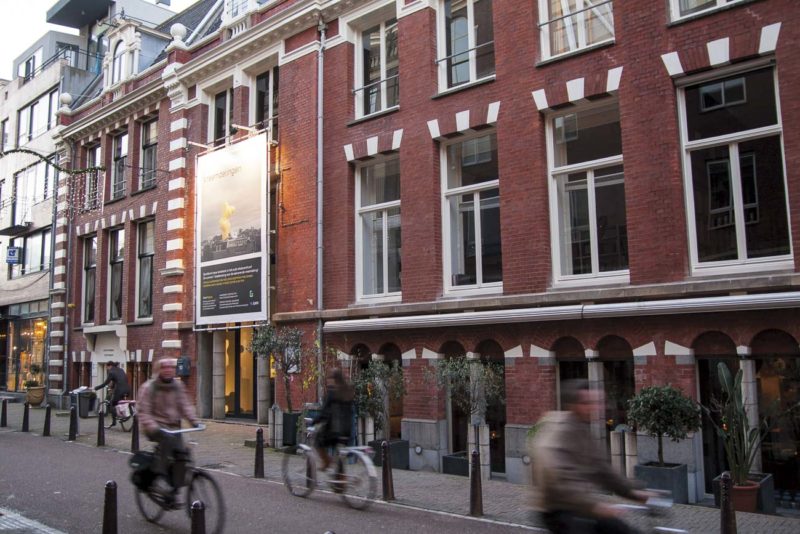