Karvonen worked for eight hours a day in the indoor market, selling a type of local whitefish (muikku) that had been divided up and labelled as individually bearing different religious denominations. The stroke of brilliance lay in the baffled responses of the buyers, who wrangled with the implausibility of devout fish, though most tried in earnest to decide the relative merits of Christian, Hindu and Jewish marine life. Bemused customers opted either for a wishfully pluralist mix despite the apparent risk of conflict, or for the most popular choice: the more compassionate option of piscine Buddhism. Situated in an institutional space, this work would have lacked the eccentric logic that it attained through forcing a critical engagement with the ethical choices that we routinely negotiate, or sublimate, in the processes of domestic consumerism. Orchestrated with fantastic understatement, Karvonen’s intervention summed up many of the key ideas explored in the festival.” 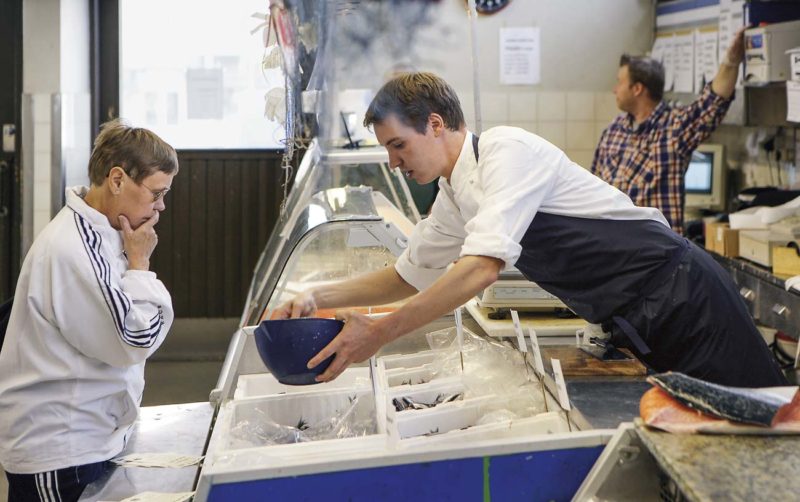 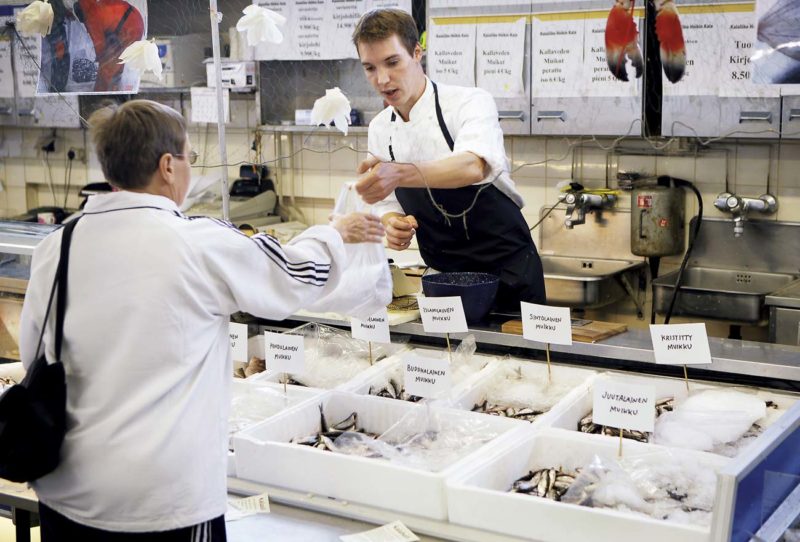 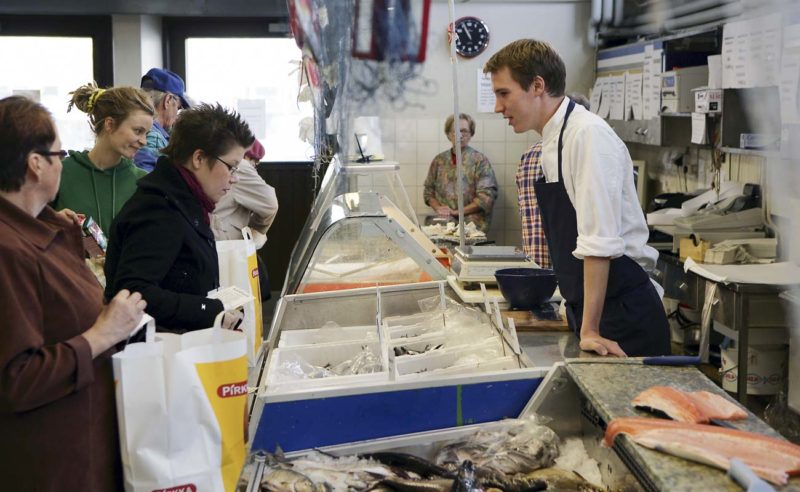 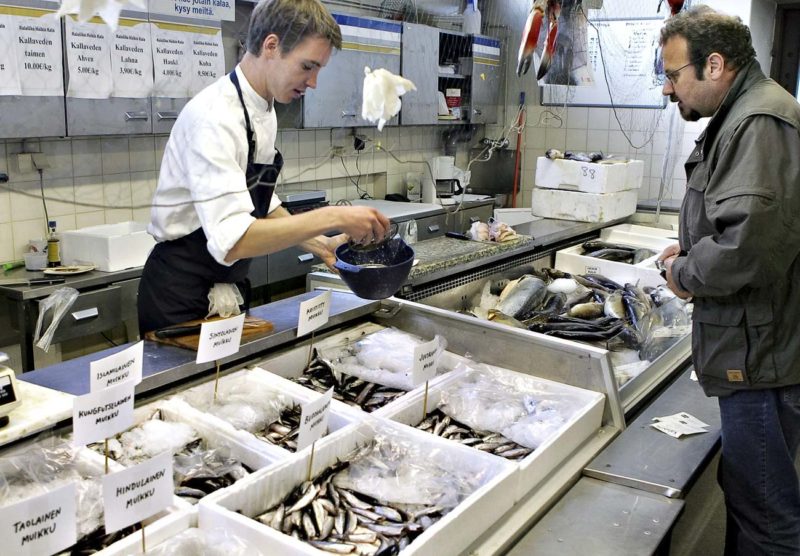