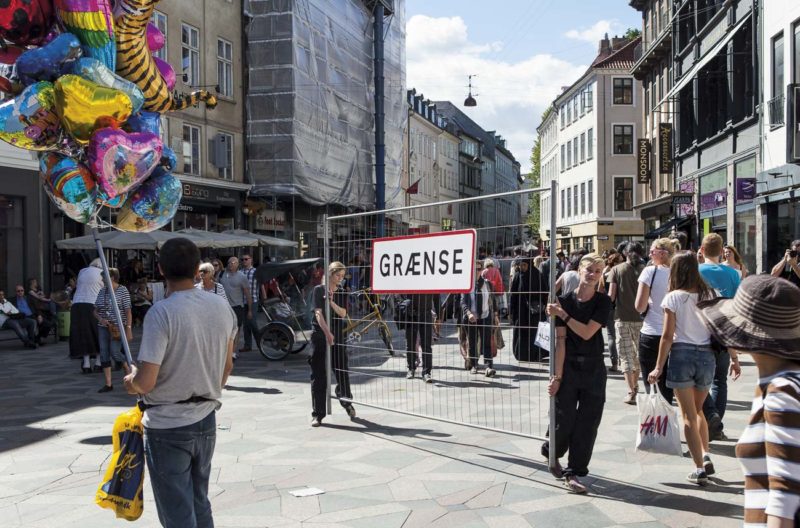 The uniformed people are moving across the pedestrian crowd, looking for a place to set up their fences. They come together occasionally, break apart again, turn around, go forward and backward, following a seemingly random choreography.

We are constantly dividing and categorizing the world by erecting physical and mental borders. People are defined and judged primarily through difference – in nationality, class, gender, social or economical status and anything we can possibly imagine. The performance is underlining the pointlesness and absurdity of this ongoing quest for borders. 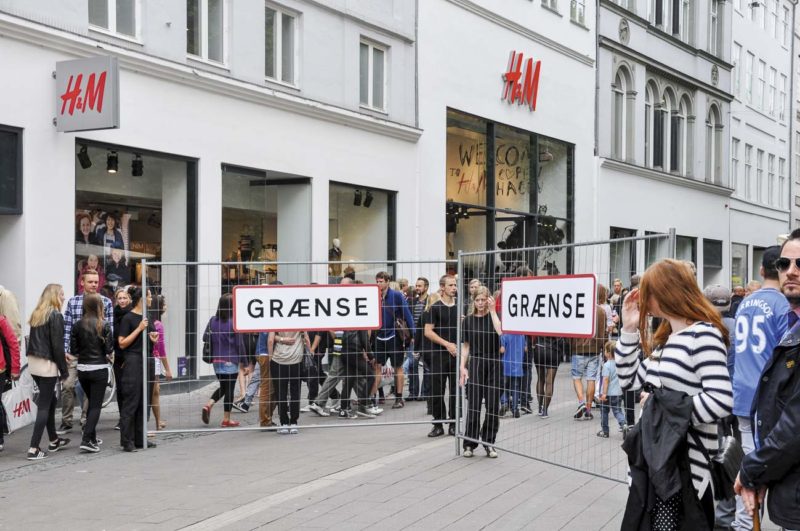 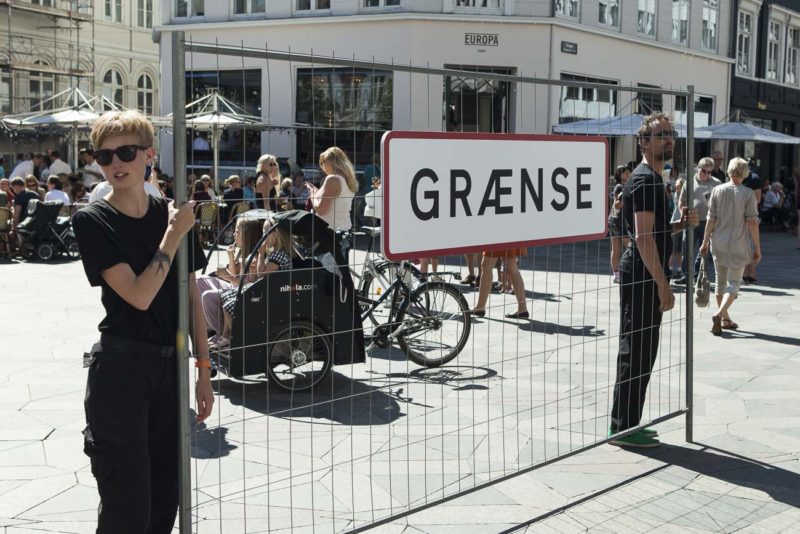 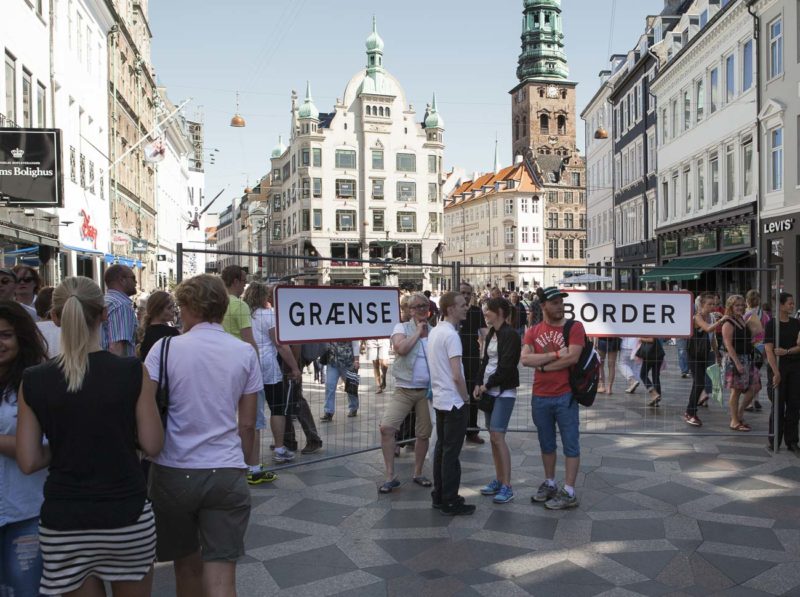 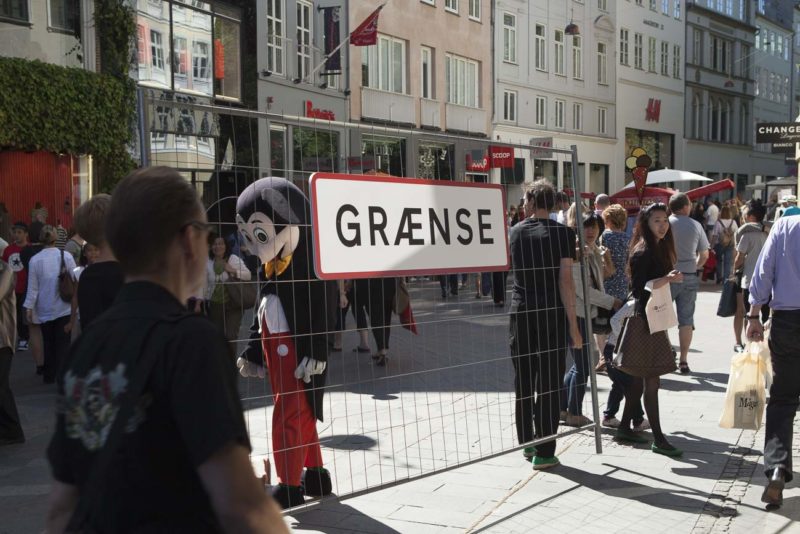 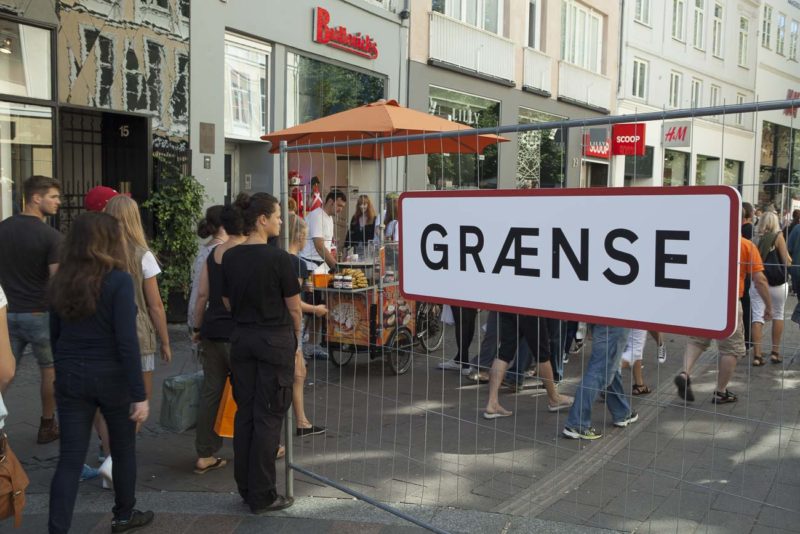 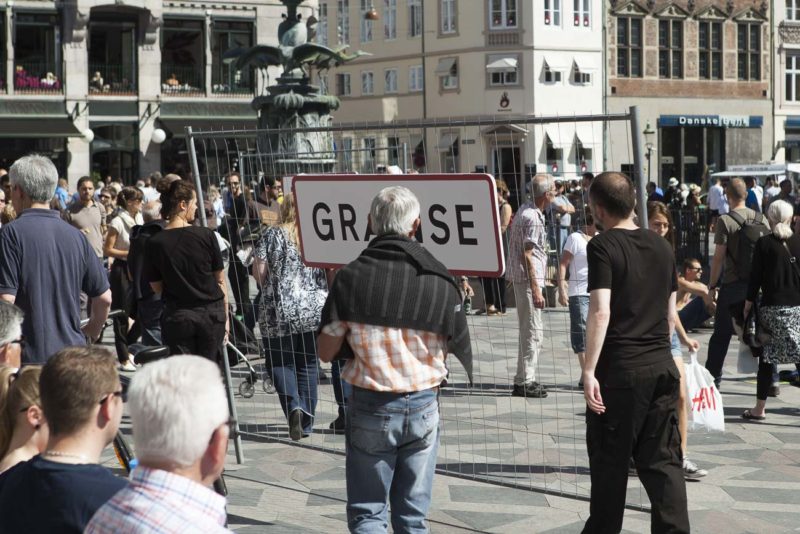