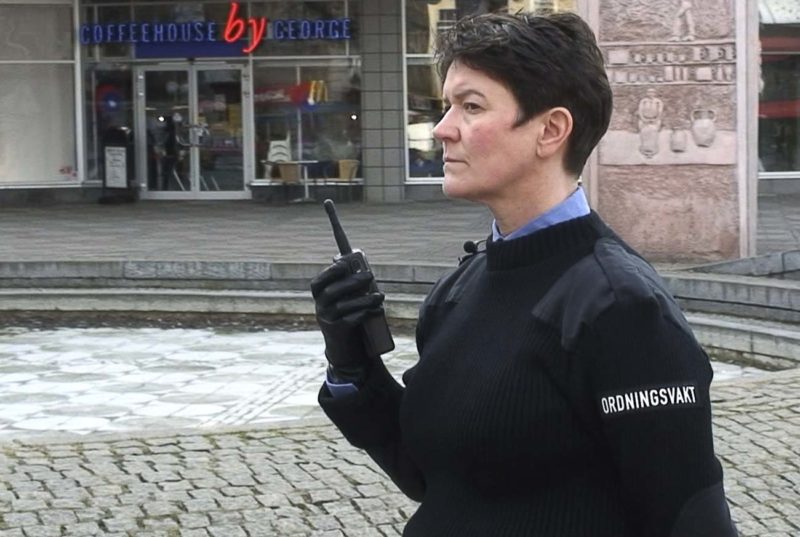 A security guard walks around, standing and watching the surroundings. Once a while she reports to her radio what is going on around her. As an answer to the guard’s report there is only a sit-com type of laughter coming from the radio. The guard reacts just like to a normal radio conversation, with no special expressions or gestures. Maybe sometimes there is a minimal hint of veiled confusion and disbelief. Despite the strange answer to her reports, the guard keeps on with his duty, to watch and report her surroundings. After each small report there is the burst of laughter as a response. The laughters are slightly different, giving an impression of spontaneous laughter related to each situation.

The performance creates a controversial atmosphere among the public. The audience will soon understand that there is something seriously strange about the situation. And because the guard doesn’t carry the label of an artwork, the audience has to come up with their own explanations and theories. It confuses the roles of observer and observed, as well as personal and public.