”Traffic signage sits somewhere between the universal and the particular. A predominantly pictorial language, it is clearly intended to be universally understood; yet local variations in pictograms often reveal more about the character of a particular country than their traffic regulations. Representations of the ubiquitous ‘green man’, for example, can range from a calm and confident stride to an Olympic sprint, and he has even been known to appear, on occasion, as a woman. The result is a semi-universal code recast in a multitude of local idioms.

Otto Karvonen’s latest work explores precisely this slippage between the universal and the individual in our experience of the city. In a series of signs Karvonen crossbreeds personal observation with the formal language of street signage to reveal the cityscape as no monolithic entity, but a series of overlapping and modulated realities. Karvonen is keenly aware that the experience of a city depends on personal history and identity as much as the bricks and mortar which define the physical limits of a place.

Karvonen’s signs mix the instructional or directional with the emotional to create an experiential guide to the city. The familiar signing of a major junction is refigured as a tangled morass of roundabouts and turnings, each leading not to a destination, but to a choice of behaviours, from ‘dignity’ to ‘compromise’. Like their officially-sanctioned prototypes, Karvonen’s signs straddle the universal and particular. His reworking of the ‘men at work’ sign shows a small figure with a shovel standing at the foot of a mammoth mound of earth. This may capture how many of us feel on our way to work, but it can equally refer to the building work currently dominating the city centre, largely carried out by a growing population of migrant workers from Eastern Europe.

Based in part on interviews with individuals who offer different perspectives on reality (from foreign nationals to people with mental health problems), Karvonen’s signs are designed to encompass the myriad realities which make up a city. As ‘artworks’, Karvonen’s signs are easy to miss. Yet in speaking the language of urban life so fluently, they gently encourage us to see what is right under our noses..” 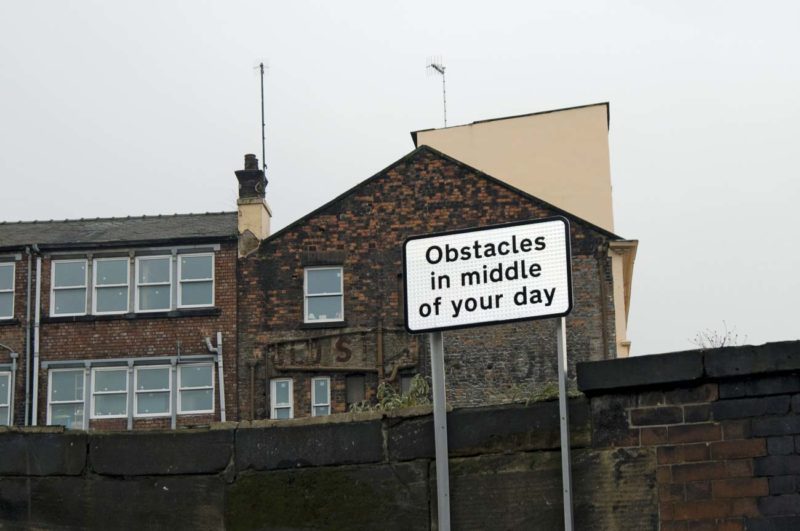 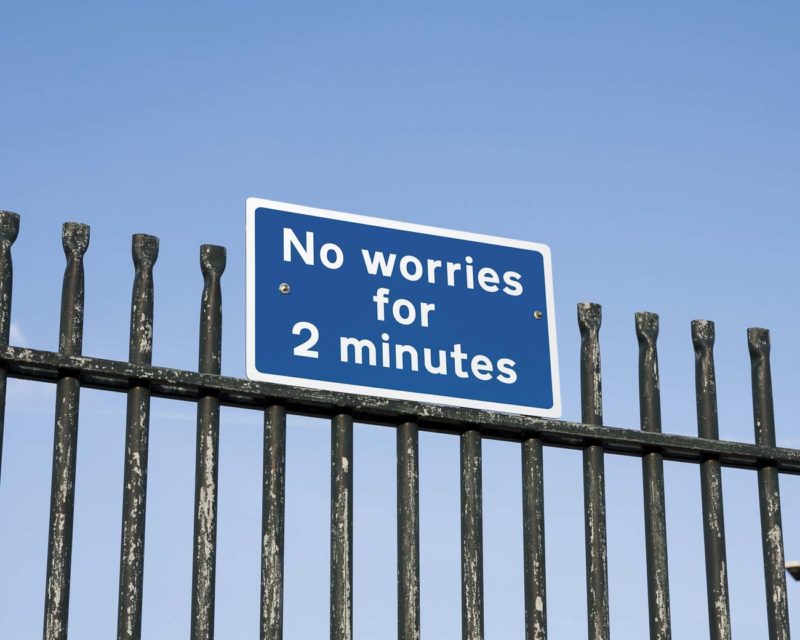 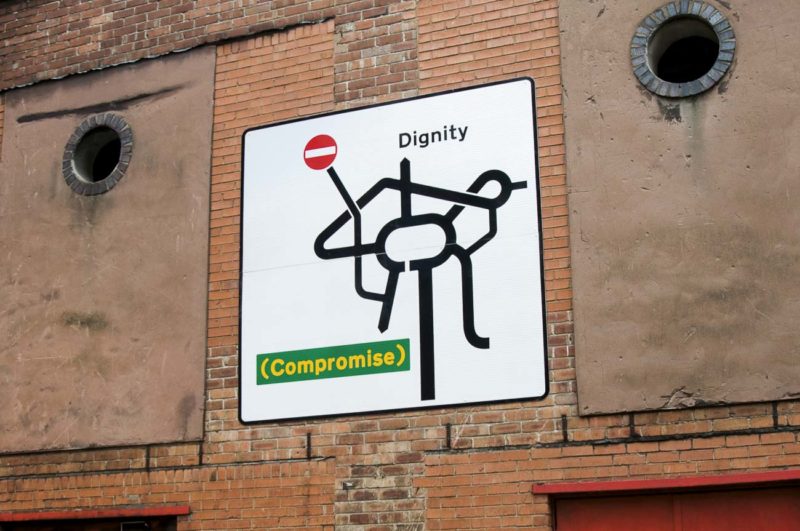 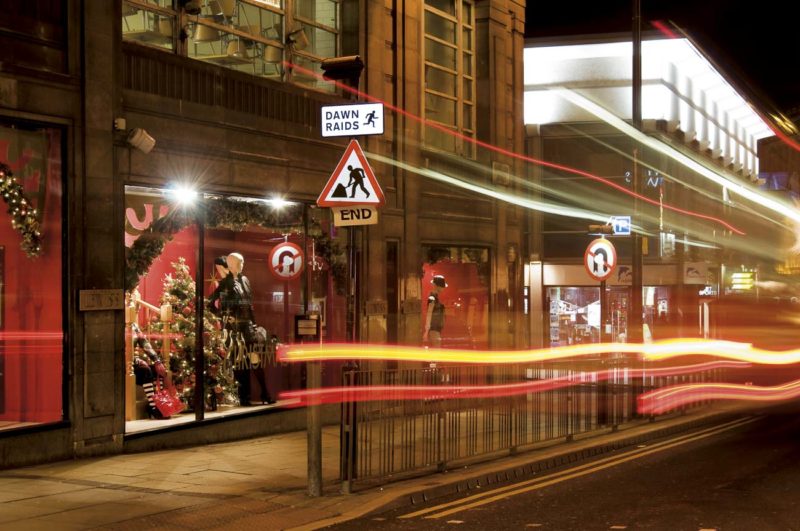 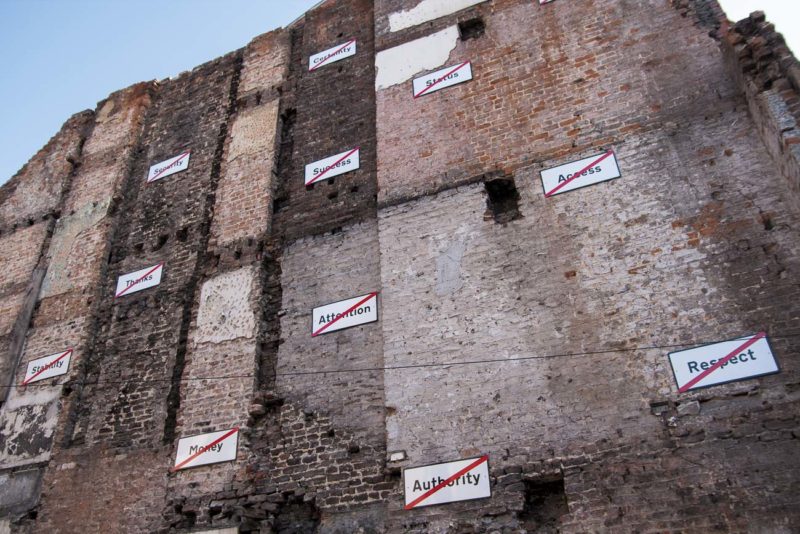