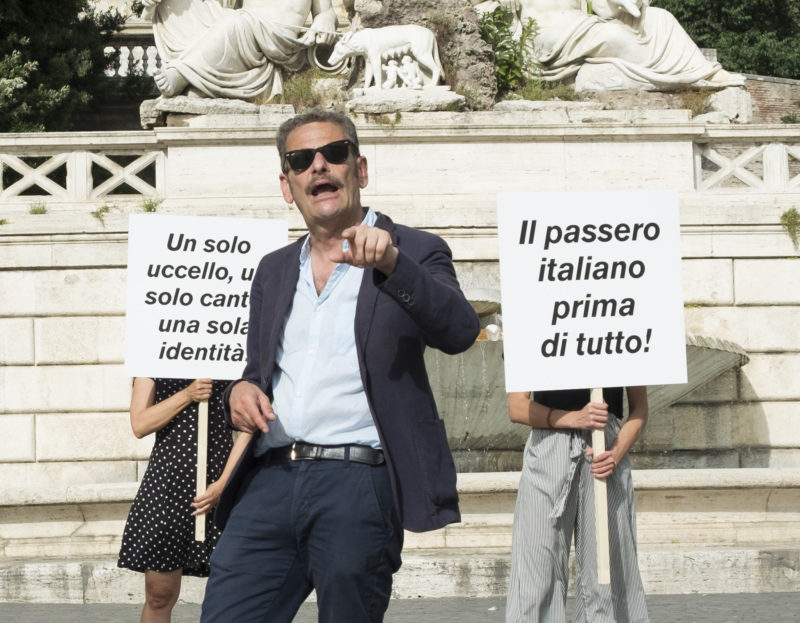 Background:
A strong current of nationalistic protectionism has been sweeping over Europe for the past decade or so. Many countries have witnessed the rise of far-right populist, taking over governments, in southern, central, eastern and nordic countries alike. A recent European survey revealed that the attitudes towards foreign language speakers are getting tougher in many countries. Mastering local language is usually seen as the key requirement for a successful integration into the society. Language can also very easily be used to make a distinction between the native “us” and the invasive “them”, as a foreigner can never truly become native in terms of language.

The work takes on language as a building block of national identity as well as a means of inclusion and exclusion. Inspired by various recent outbursts of anti-immigration propaganda, it suggests strict language restrictions for migratory birds. In order to get a residence permit, each bird must learn the song of the national bird, Italian sparrow. By fluently confusing migratory birds and humans, Karvonen offers crooked perspectives on our attitudes towards nationalism, migration and all things unfamiliar.

A performance in the form of a political speech took place at Piazza del Popolo in Rome on June 2019. The video documenting this performance was part of a solo exhibition at Fondazione Pastificio Cerere, Rome in September and was later screened in Macro museum.

One bird, one song, one identity!